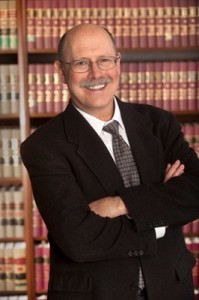 Daniel Feinberg is an associate attorney with The Meisner Law Group, P.C. where he specializes in commercial litigation, condominium and community association law, and general real estate law. Mr. Feinberg has been a practicing attorney 28 years, and has a substantial background in real estate; from having worked as a title examiner and an oil and gas landman while attending law school, and at such diverse places as the Real Estate Department of Honigman, Miller, Schwartz & Cohn and the Civil Division of Legal Aid & Defender Association, where he was a co-draftsperson of a proposed Anti-Predatory Lending Ordinance for the City of Detroit. He has an abundance of trial experience and has successfully argued cases before the Supreme Court of the United States, the Michigan Supreme Court and Court of Appeals, as well as the United States Court of Appeals for the Sixth Circuit. He has contributed to various legal publications. He graduated cum laude in 1985 from the Detroit College of Law and he received his undergraduate degree from Michigan State University in 1979.