Homeowners Try to Defend Themselves, Association Brings Them Back to Earth

This one had us shaking our head. Why do some people refuse to seek professional legal guidance when it is obvious that they need it? Few attorneys with any experience in community association law would have advised these homeowners to fight the association in this matter.

In Hawthorne Ridge Homeowners Association v. Wang, Not Reported in N.W.2d, 2017 WL 6598177, two homeowners tried to get away with painting their home light blue, without first applying to the association Board for architectural approval as required by the Bylaws, which also required “light earth tone colors”. When the association brought an action against them, the homeowners decided to go it alone in court without an attorney. And now they owe attorney fees and costs to the association on top of having to repaint their home.

What do you think – this is the color in question, “Open Air”. Earth tone or not an earth tone? Doesn’t look too “earthy” to us, and you would probably need to subscribe to the homeowners’ expansive definition of “earth tone” as described in their pleading in order to classify it as such. 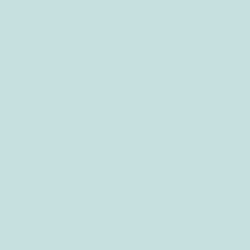 In the end, it didn’t matter. While the Court of Appeals noted that it was mistaken for the trial court to conclude that this is not an earth tone as part of the trial court’s ruling on the association’s motion for summary disposition (it is a question of fact that needs to be decided at trial), the Court of Appeals nevertheless affirmed the trial court’s decision in favor of the association because the plain language of the Bylaws requires preapproval of exterior paint colors, and the Bylaws specifically state that in the case a homeowner violates that requirement, “the association may request that the owner change his choice of exterior color(s) and re-paint the dwelling at the owner’s expense.”

The homeowners had also claimed that since the association’s corporation was administratively dissolved at the time in question due to failure to file annual reports, the association could not enforce the Bylaws for a violation that occurred while it was dissolved. However, as the Court of Appeals noted, the applicable statute allows a nonprofit corporation to file annual reports for prior years in order to bring its status back to “active” and retain its corporate rights appurtenant to the time it was dissolved, which the association addressed prior to filing suit against the homeowners.

Our firm has decades of experience dealing with bylaw violations in relation to architectural control on both sides of the proverbial (sometimes literal) fence! Contact us today if you require guidance.