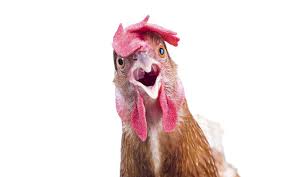 Most community associations will have a provision in their Bylaws or Declaration that effectively prohibits chickens from being kept in a backyard, such as “No farm animals, livestock, reptiles or exotic animals are allowed…” But some associations located in municipalities which do not ban chickens have been considering a change to their restrictions in light of a recent nationwide increase in the popularity of backyard chickens in suburban, and even urban, areas.

Before proposing such an amendment for approval by the members, an association should carefully weigh the pros and cons, as this may constitute a significant change in the association’s character, among many other concerns.

Advocates of backyard chickens cite the benefits of having a friendly pet that also produces food, where you can personally ensure that the animal receives humane treatment. They want to be less reliant on factory farms and the related high level of antibiotics used in those operations, which may lead to more resistant strains of bacteria.  They also believe that concerns about smell are overrated and point to the benefits of using chicken waste in compost for gardens. Chickens can also gobble up slugs and other garden pests, along with weeds.

Opponents highlight health risks as a major concern. According to the U.S. Centers for Disease Control and Prevention, since 2000, 4,794 salmonella illnesses have been linked to backyard chicken flocks in the U.S., including 894 hospitalizations and 7 deaths. And the trend of outbreaks is on the increase from year to year. Also, even though hens are not likely to wake you up at dawn like a rooster, some think hens can still cause a noise nuisance when laying eggs or squabbling with each other. In response to the claim that maintaining backyard chickens is a more humane way to obtain food, opponents will respond that chickens require constant care and suffer from new owners who don’t educate themselves. Additionally, many chickens are simply abandoned after their egg-laying days are over. Finally, chickens can attract predators, such as raccoons, and pests, such as fleas, ticks, and lice.

A community that wants to allow backyard chickens would be well advised to consider the following, to begin with: (1) restricting the number of chickens equal to or less than any applicable city ordinance (common limits tend to be between three and six); (2) requiring an appropriate setback from property lines for coops; and (3) adopting architectural and maintenance standards for coops, including requirements for security of the coop and appropriate heating methods during cold weather, which will guard against fires commonly caused by inappropriate heating methods. You might also strongly suggest that residents take a course in keeping chickens and only purchase chicks from a business that can certify they are healthy. And take a close look at the city ordinance along with your experienced community association attorney.

On the other hand, if you’ve decided never to allow chickens in your association, just hope that nobody claims they need emotional support chickens… Google it, it’s a thing.