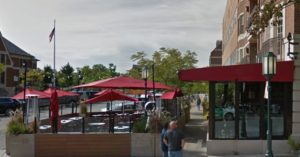 For those who live in a mixed-use condominium, where some units are designated for commercial use and others for residential use, co-owners can experience conflicts due to the competing interests inherent to the two types of uses (profit versus enjoyment of a residence).

If a commercial unit owner comes to the board of directors with a request to approve plans for expansion onto common elements, it just might be a good idea to consult an experienced condominium attorney. Unfortunately, it looks like that did not happen based on the recent Michigan Court of Appeals decision which affirmed the lower court’s decision, Dorfman v. Pierce Martin, LLC, Not Reported in N.W.2d, 2017 WL 4272123.

The board’s vice president, on behalf of a condo association located in Birmingham, executed an approval of the commercial unit’s plans to enclose 365 square feet of adjacent general common elements outside the building and use it for additional patio seating for the commercial unit’s restaurant. Questions were raised by the association and other plaintiffs as to whether the vice president had the authority to sign, which the court did not find convincing. Rather, the court found that the evidence and testimony indicated the board and residential co-owners approved the plans.

Among other claims, the plaintiffs stated that in any case, the construction was not allowed under Michigan’s real estate statute of frauds because it improperly transferred a legal interest in the real property. The court disagreed and found that the ownership interests in the area remain the same, and it remains a general common element; the agreement only allowed an additional type of use of the area by the commercial co-owner.

As part of the finding that the area remains part of the general common elements, the court noted that there was no evidence presented that use of the area in question had been denied to the residents of the condominium. Presumably, this means the residential co-owners could just decide to take a seat in the area and read a book for as long as they want without ordering anything from the restaurant. Or, if they really wanted to cause further trouble, they might invite some guests over for some parties and take up the entire area on a regular basis!

As a practical matter, the residential co-owners are likely not going to risk further litigation by engaging in such tactics. So, it’s likely the area will remain technically part of the general common elements while functioning for all intents and purposes like a limited common element, to the sole benefit of the commercial co-owner.

An experienced condominium attorney would have advised the Association to hold a vote to grant the area as a limited common element to the commercial co-owner in exchange for reasonable compensation, along with a recorded modification agreement which would detail new rights and responsibilities of the commercial co-owner as well as proper indemnification for the association.  This would likely have avoided expensive and divisive litigation.

Our firm has resolved many issues between commercial and residential co-owners, including disputes over odors, garbage disposal, noise, smoke and more. Contact us at 248-644-4433 if you have a similar issue.