Condominium Boards and Ethics: The top 5 reasons that your Association needs a Code of Conduct 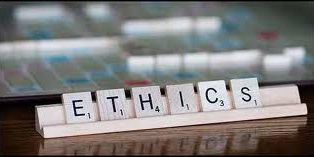 The Michigan Nonprofit Corporation Act, specifically, MCL 450.2546(3), allows for a board of directors to establish compensation for directors and officers of a nonprofit corporation as follows:

(3) The board, by affirmative vote of a majority of directors in office and irrespective of any personal interest of any of them, may establish reasonable compensation of directors for services to the corporation as directors or officers, but approval of the shareholders or members is required if the articles of incorporation, bylaws, or other provisions of this act so provide.

Accordingly, the Michigan Nonprofit Corporation Act allows for directors to set their own compensation so long as the articles of incorporation, bylaws or other statutory provisions do not require shareholder approval.  Accordingly, a board should review their bylaws prior to determining whether director compensation is allowed and under what circumstances.  Most associations in Michigan do not allow for directors to be compensated.  This is likely due to the fact that condominium associations simply do not have the budget to pay directors or that directors would like to maintain their status as “volunteer directors” under the Michigan Nonprofit Corporation Act in order to remain eligible for the liability protections that are not afforded to paid directors under MCL 450.2556.

2. Conflicts of Interest with Contracts and Vendors

Conflicts of interest often arise when directors are put into positions that allow for their own self interests to be put ahead of the best interest of the association. Conflicts of interest often occur when directors and/or their relatives act as contractors or vendors for the association.  By way of example, if a director owns a landscaping company, should the landscaping company be allowed to provide landscaping services to the association?  What if a relative of a director owns a property management company, should the board be allowed to hire that property management company?

In Michigan, the fact that a director may have a personal interest in a transaction that it enters into with the association does not necessarily mean that the transaction was improper. MCL 450.2545 provides as follows with respect to transactions between directors and nonprofit corporations:

(a) The contract or other transaction is fair and reasonable to the corporation when it is authorized, approved, or ratified.

(b) The material facts as to the director’s or officer’s relationship or interest and as to the contract or transaction are disclosed or known to the board or committee, and the board or committee authorizes, approves, or ratifies the contract or transaction by a vote sufficient for the purpose without counting the vote of any common or interested director.

Accordingly, while the Michigan Nonprofit Corporation Act may allow interested director transactions in limited circumstances, many boards would like to avoid any appearance of impropriety altogether.  The easiest way to prevent conflicts of interest is to ensure that directors are not put in positions where they are tempted to engage in self dealing.  A code of conduct should specify whether interested directors are required to recuse themselves from voting on certain transactions.  Similarly, a code of conduct should indicate whether transactions with interested directors will be prohibited altogether or whether they will be allowed in certain circumstances, assuming the requirements of MCL 450.2545 are satisfied.

One of the most important responsibilities of a board of directors is to ensure that the members of the association are complying with the bylaws. However, enforcement of the bylaws can be especially difficult when a director violates the bylaws.  By way of example, what happens if a director fails to pay assessments for an extended period of time?  What about a director that installs a fence or deck in violation of the bylaws?  While many condominium documents prohibit co-owners from voting at a meeting, or running for the board if they are in violation of the bylaws, very few condominium documents address situations in which the board member violates the bylaws after being elected to the board of directors.  A code of conduct should ensure that all members of the board are current in paying their assessments, as well as complying with all of the other restrictions set forth in the bylaws.  It is extremely difficult for a board to enforce the bylaws if one of the directors lives by the mantra “Do as I say, not as I do.”  Accordingly, a code of conduct should also require a director to voluntarily resign in the event that a continued bylaw violation exists.  While the condominium documents usually allow for the removal of the directors by a vote of the co-owners, this process is often difficult, and a code of conduct will provide another means of ensuring that each director is a model citizen.

Most condominium documents do not contain a board confidentiality policy. In legal matters, the board of directors is responsible for maintaining confidentiality with respect to communications with counsel in order to preserve the attorney-client privilege.  The decision to waive the attorney-client privilege should only be made by a majority of the board of directors.  Adopting a confidentiality policy in a code of conduct is a good way to ensure that individual directors do not attempt to waive the attorney-client privilege by disclosing confidential communications with the association’s attorney.  Similarly, individual board members have access to personal and financial information of the co-owners.  A code of conduct ensures that individual board members do not disclose the personal and financial information of the co-owners.  Accordingly, a code of conduct is important to ensure the directors have a clear understanding of what information they are to keep confidential.