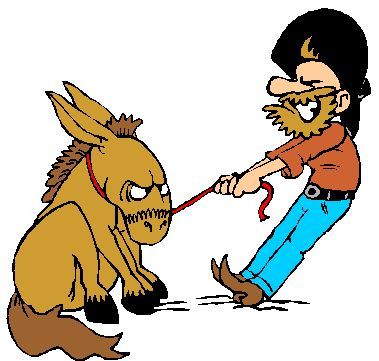 Ob-sti-nate. adj. Stubbornly refusing to change one’s opinion or chosen course of action, despite attempts to persuade one to do so.

We might add to the above definition a picture of the defendant in Fox Pointe Association v. Ryal, where summary disposition in favor of the plaintiff condominium association was recently confirmed by the Michigan Court of Appeals. Instead of taking the easy path of making a few changes to the front door as required by the association, the co-owner refused to comply with the architectural provisions of the condominium bylaws and now owes tens of thousands of dollars to the association in attorney’s fees and costs.

The defendant’s arguments included a claim that the association had waived the right to enforce the bylaw provisions concerning the need for written approval of co-owner modifications. Non-conforming elements of the door had existed before the co-owner bought the unit. However, the court referenced the “no waiver” provision in the bylaws, the substance of which is standard for most associations:

Additionally, the defendant tried to argue that summary disposition was not appropriate because there remained a question of whether the alterations “impair or diminish the appearance” of the project. The bylaws allow alterations that do not impair or diminish the project’s appearance. But the court rejected that argument as well because the requirement to submit proposed alterations to the association for approval is not dependent upon that question.

Although this decision was fact-specific and cannot necessarily be relied on to foresee how all similar cases might be decided, it is instructive in demonstrating that generally, the requirement for application to make alterations and to gain approval in writing, as required by the applicable bylaws, will be strongly enforced by our courts.