A Roadmap to Discovering and Resolving Common Element Construction Defects 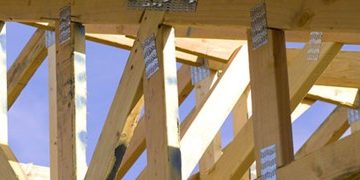 With respect to the first myth, there are many reasons why “new” construction may not always equate to “high quality” construction. Construction defects often arise as a result of improper design, use of defective materials, poor workmanship or failure to perform adequate site testing prior to commencing construction. Whatever the case may be, “new construction” is not synonymous with “high quality construction” and associations and property managers should be cognizant of this fact.

With respect to the second myth, associations, co-owners and property managers often have a false sense of security that a condominium is free from defects because it has passed a municipal inspection. There are many reasons why an inspection may not uncover construction defects, which can range from the inspectors not being properly trained, failing to inspect all of the work, or in some instances, approving work that was never inspected.  Moreover, even if an inspection was properly performed, and the common elements meet code requirements, there is no guarantee that the common elements meet contract requirements, engineering specifications or manufacturers’ specifications. A building inspector’s job is merely to ensure that code requirements are met, and it is entirely possible for something that is not even functional to meet this low threshold. As such, associations, co-owners and property managers should avoid putting too much stock in a certificate of occupancy or other municipal inspection and should be diligent about investigating potential construction defects.

In short, just because the common elements look nice on the exterior does not mean that construction defects do not exist. Accordingly, latent defects are not often discovered until problems begin to surface or an engineer performs an extensive physical inspection of the condominium.Further complicating the discovery of construction defects is the fact that the pre-transitional control board of directors is often composed of the owner(s) of a developer, family members of a developer and/or employees of a developer. Unsurprisingly, the pre-transitional control board has little incentive to investigate and hold the developer accountable for construction defects, as doing so would reduce the developer’s profits. Similarly, developers often promise to make repairs and do not follow through, or perform a cheap fix that is only a temporary solution. As such, the post-transitional control board should always hire a professional engineer to perform an inspection of the common elements. This is typically referred to as a reserve study. In the course of conducting the reserve study, the engineer should also prepare a report detailing any defects found, identify the cause of each defect, provide a proposed solution to fix each defect and provide an estimate of the cost to fix any defects. While many associations may be reluctant to commission a reserve study without known construction defects, it is always advisable as the association will, at the very least, learn what major common element expenditures to expect in the future and an estimate of when such expenditures will occur in order to appropriately prepare a budget. Moreover, even if the developer has promised to perform repairs, or has performed repairs, the association will have independent verification that such repairs will be or were properly performed.

2. Who is responsible for common element construction defects?

Michigan case law recognizes that a developer of a condominium owes a duty to an association to construct the general common elements in a good and workmanlike manner. The Michigan Condominium Act, MCL 559.106(2) defines the developer of a condominium project as “a person engaged in the business of developing a condominium as provided in this act.” This is a very broad definition that may encompass any person or entity that has at least some responsibility for constructing, designing, marketing, planning or selling units in the condominium.  However, in many instances, the statutorily required disclosure statement will only identify a single entity as the “developer.”  This is true despite the fact that MCL 559.184a requires “each developer” of a condominium to be identified, which indicates that multiple entities often qualify as a developer under MCL 559.106(2).

In many cases, the entity identified as the “developer” is owned by a larger entity with a going concern, which is advertised as the “developer”, but in reality has set up a separate entity to develop the project to insulate itself from liability. The profits from the “developer” are then passed through to the larger entity, leaving the newly formed “developer” undercapitalized and out of business at the completion of the project when construction defects are discovered.  Moreover, some disclosure statements identify the developer as a non-existent entity, an entity that no longer exists, or identify prior developers that have transferred their developer rights in the middle of construction.  As such, it is important to look beyond the disclosure statement and condominium documents in identifying the “developer.”  Reviewing construction contracts, marketing materials, municipal records and purchase agreements, among other things, may provide more insight as to the true identity of each developer of a condominium project.  Accordingly, it is often appropriate to ask a court for declaratory relief as to the identity of a developer or developers.  This is often done through theories of joint venture, partnership or piercing the corporate veil in the context of a construction defect lawsuit.

In addition to identifying the developer(s), it is important to identify the architects, engineers, contractors, subcontractors and suppliers that were responsible for providing the labor and materials in constructing the condominium. These individuals and/or entities may have liability based on the contractual documents used to develop the condominium or express/implied warranties.   MCL 559.184a also requires the identity of each “residential builder, and residential maintenance and alteration contractor” to be disclosed in the disclosure statement.  However, this disclosure rarely occurs and the association will typically have to demand that the developer identify the contractors that performed work on the condominium or the identities of the contractors are determined through discovery in a lawsuit.

Finally, individual board members, whether they are co-owners or developer appointees may have liability for ignoring constructing defects or failing to take action on behalf of the association to remedy construction defects. The Michigan Nonprofit Corporation Act, MCL 450.2541(1), imposes a duty on all board members to act “in good faith and with the degree of diligence, care, and skill that an ordinarily prudent person would exercise under similar circumstances in a like position.”  In doing so, MCL 450.2541(1) specifically states that a board member “when acting in good faith, may rely upon the opinion of counsel for the corporation.”  The same would likely hold true for consulting an engineer with respect to discovering and remedying construction defects.  As such, board members should be aware of their fiduciary duty to investigate potential claims and consult the appropriate professional for advice to avoid being held personally liable for construction defects.

3. What are common reasons that construction defect claims are not pursued?